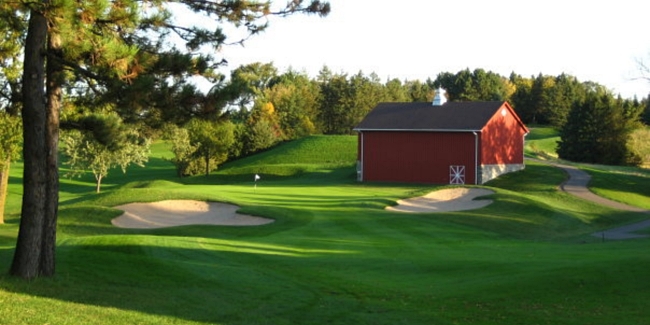 Beauty and the Beast

Of all the psychological ploys I know, denial has to be the most useful one to a golfer (except its excessive use, such as denying that you just sliced one into the swamp). Thus when you step up to the 10th tee at Baker National Golf Course in Medina, it's best to ignore that if you miss the fairway, your ball is probably lost. Or on the par 3 number 15, it's best not to consider the consequences of being left, right and short, all of which will cost you two strokes.

Luckily the designers and keepers of Baker National have made it easy for us to focus on other things, such as the fantastic layout and upkeep of this beautiful golf course. Baker National is rife with its own personality-dangerous here, long there, strategically placed bunkers everywhere.

Nowhere this year have we seen better manicuring, tee box to fairway to green: all were immaculate, evincing not even any vestiges of the awful winter kill we've seen around the state this year.

Owned and operated by Hennepin Parks, Baker is the course you would expect from a first-class park system. It was the first course in Minnesota given certification from the Audobon society for cooperative sanctuaries. To get it they had to demonstrate their dedication to environmental-friendly management in seven areas, including public/member involvement, wildlife and habitat management, integrated pest management, and water quality and conservation policies. According to Michael Turnbull, PGA professional at the course, at night "it's quite a symphony out there." On two holes, nos. 14 and 15, course designer Dr. Michael Hurdzan even restored wetlands that had been drained by the farmer who previously owned the land.

Swamps, woods, or water actually flanks many holes. A few tee boxes have nature signs more indicative of an arboretum, detailing the local flora and fauna. Perhaps the signature hole is the course's first, a 440 yard, downhill dogleg right with an old weathered barn behind the green (which may provide a backstop for errant second shots). Many holes offer the familiar risk/reward that is designed into many modern courses. If you dare to pull out the long clubs and challenge the trouble on many holes you'll end up with a much shorter, safer route to the green (assuming your shot is successful). But miss, and you'll pay dearly.

Charged by the Hennepin Parks to serve the public, Baker does just that. Although Baker does host local golf leagues, no tournaments are held there, making it relatively easy to get tee times. Located in the 2,700 acre Baker Park Preserve, you'll see no freeways or houses (except bird houses) along the course.

Baker began life as Medina Golf course, a nine-hole track built in the 60s. Hennepin Parks took over the course in 1974, and renamed it Baker Park Golf Course. The current back nine was built in 1988, and the front a year later. In 1990 the name was changed to Baker National to better reflect the improvements.

Today Baker is truly one of the most beautiful, well-kept and difficult public courses in Minnesota.

Kevin Turnquist MD is a practicing psychiatrist who takes care of some of Minnesota's most severely mentally ill people. He feels that this serves him well in his interactions with the golfing public.

A seven handicapper, he is a member of Indian Hills G.C. in Stillwater, Minnesota, but loves playing the State's fine public coursesl. 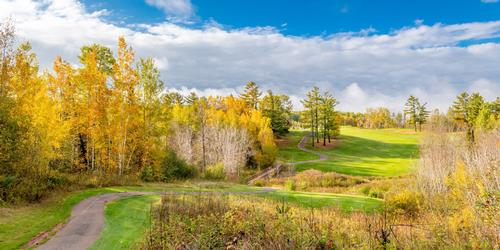 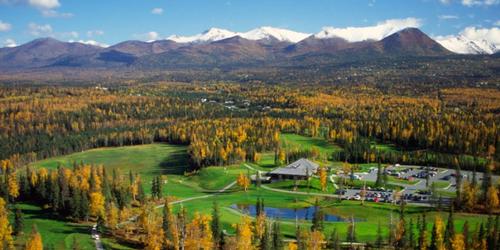