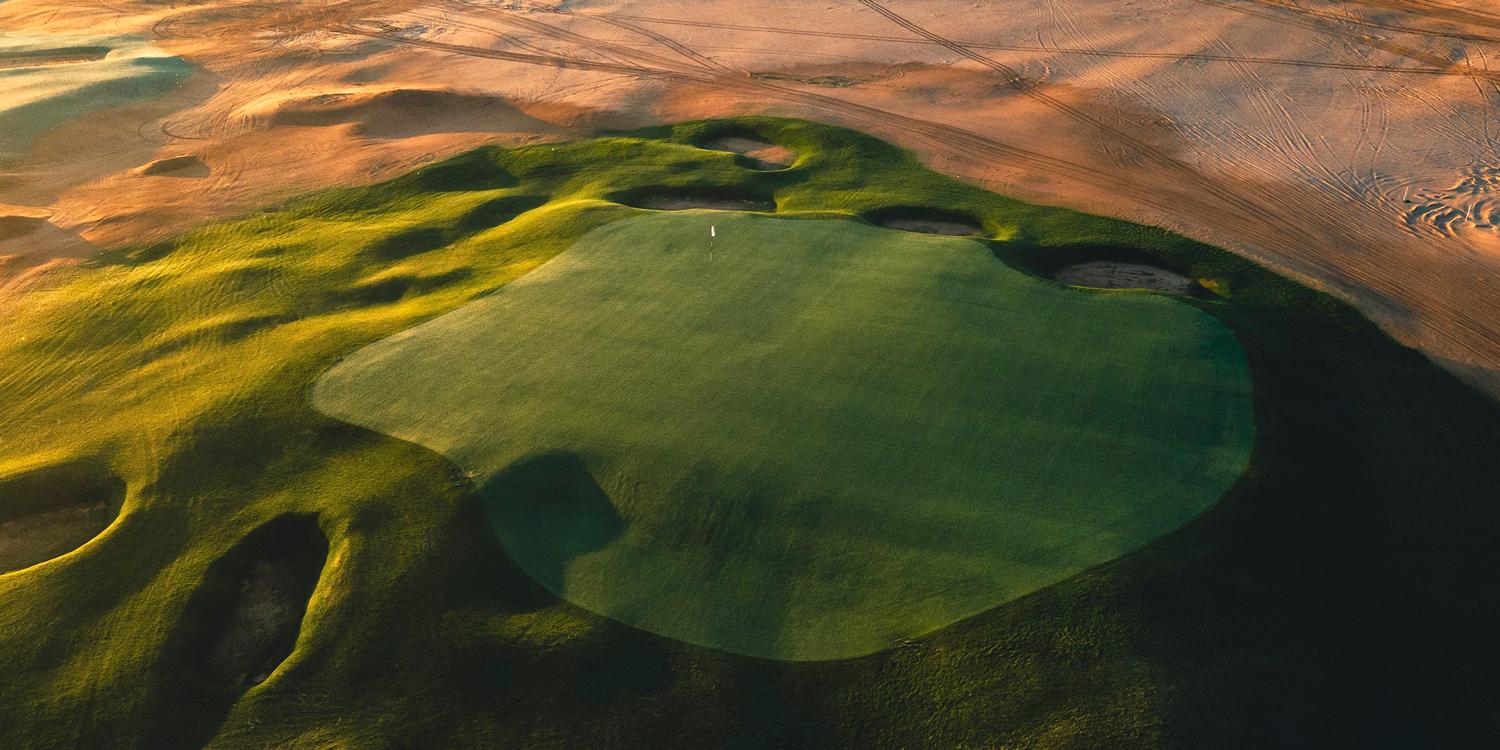 NEKOOSA, Wisconsin - Seeing is believing as the saying goes, but golfers seeing the newly reincarnated Lido Golf Club, which has been painstakingly reborn on the Sand Dunes of Central Wisconsin, may have a hard time believing this fabled piece of golf history come to life.

The famed course, designed by architect C.B MacDonald, known as the father of modern golf course architecture, with help from design engineer Seth Raynor and Alister MacKenzie, disappeared from public view, nearly 80 years ago after the original Long Island, New York layout fell into disrepair and was acquired by the U.S. Navy in World War II,

But now, the par 72 course, once dubbed by the Golf Channel as, 'The greatest course you will never play,' is totally risen like a Golfing Lost City of Atlantis and is alive and very much well.

"It's truly remarkable to see what can be done by modern technology and original architectural plans," said Lido Operations Manager Derek Kelso.
The Lido opened nine holes of preview play this summer and will have the additional nine holes ready in 2023. It has a private membership, but also limited play for Sand Valley Resort guests during the week, starting next year.

The holes now open for play are 3-5, known as Eden, Channel and Cape along with 12-17, Lido, Punch Bowl, Knoll, Short, Strategy and Redan.
The Lido is an exacting replay of MacDonald's fabled design, down to the hole shape, the contour, even wind direction and orientation, thanks to three years of research by Chicago golf historian and financial consultant Peter Flory who conducted extensive studies into the original Lido design.

"I've done more than 100 tours of the Lido and the response is truly incredible," said Brandon Carter, Sand Valley's marketing and communication director, who is now filling the same role at fourth Sand Valley course, Sedge Valley, still under construction.

Flory created a detailed exact version of The Lido using the video game The Golf Club. He poured through photos and other historical information to become one of the leading Lido and MacDonald expert in the U.S. or world and then presented the information to Michael Keiser, Jr., who is overseeing the project with and his brother Chris. The Keiser family owns both Sand Valley and Bandon Dunes where the father Mike was the original visionary.

While the Bandon Dunes project helped changed the face of public resort golf in America, the Lido experience at Sand Valley for anyone interested in golf's history and golden era of architecture is magical, even awe-inspiring.

The architect for this masterful work of golf history comes to life.

"Charles Blair MacDonald," Kelso says in his thick, Scottish brogue when speaking about the Canadian who learned his craft in Scotland under the tutelage of Old and Young Tom Morris before coming to America.

Technically, American architect Tom Doak oversaw this golf architectural marvel, but only under the strict guidelines and plans left by MacDonald and researched by Flory. So exacting was the Lido research that greens or bunkers had to be moved a couple of feet or even inches when they didn't match the original topographical drawings.

The only change came on the 5th green which was moved back 20 yards as a safety hazard from drives off the 13th tee, but otherwise golfers today will be playing the exact same layout as the Lido of the early1900s.

Doak used GPS-guided tractors which could grade the sand-filled land down to the millimeter. About the only thing missing from the original Lido layout is the Atlantic Ocean on Long Island Sound. The only addition is 17 houses on the outskirts of the Wisconsin facility and a full membership which paid a reported $50,000 to a quickly sell out of the new Lido revival.

What sets the course apart, like most of golf's great layouts is that there isn't a signature hole or holes, but a great layout which painstakingly follows the historic and significant routing

"It's visually deceptive," said Kelso. "The best thing you can do is trust your caddy."

The course can trick one in many ways. Blind bunkers, false fronts, 40 yards in some places. But all the great classic golf design elements are here, like the Alps, the Redan,

The Hogback, the Dog's Leg and the Punch Bowl.

The original Lido opened in 1917 on Long Island and was quickly considered to be one of the greatest courses in the U.S., overseen by a massive multi-storied wooden clubhouse.

The course featured 16 template holes by MacDonald, which he learned in Scotland from the Morrises, but a magazine contest allowed two holes to be designed by the winners.

One such winner was Mackenzie, who later designed Cypress Point and Augusta National and Tom Simpson who did work on Ireland's Ballybunion and Scotland's Cruden Bay.

The Lido began to fall into disrepair after the Stock Market crash of 1929, which crushed many of its early members who had to sell off pieces of property during the Great Depression. The U.S. Navy took over the course in 1940 for bombing and landing runs and it disappeared seemingly forever. Today, a school, condos and senior citizen center sits on land where the original Lido course in Long Island was constructed.

But now it's back, in all its golfing glory and soon to be available to all golfers with a chance to experience, once again, golf's restored historical links gem. 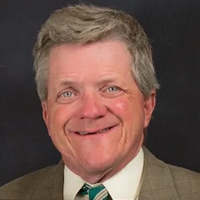 On the national scene, he has achieved the domestic grand slam, covering the Masters, U.S. Open and PGA Championships on multiple occasions along with the U.S. Amateur, the Tour Championship and dozens of other professional golf events. 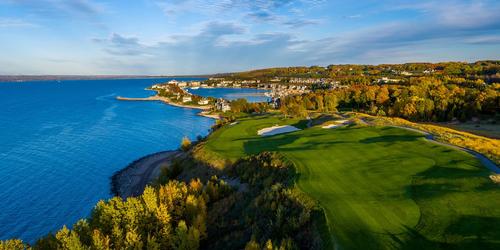 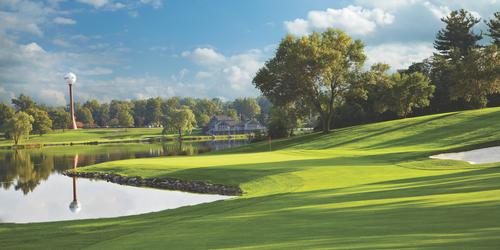 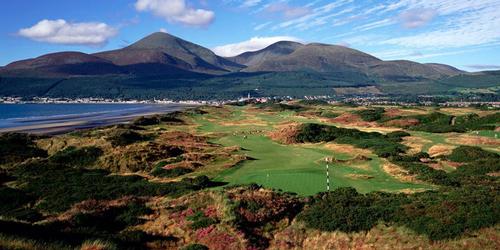 In Praise of Solo Golf 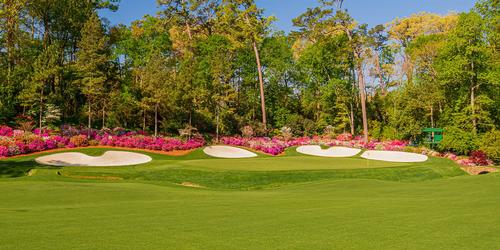 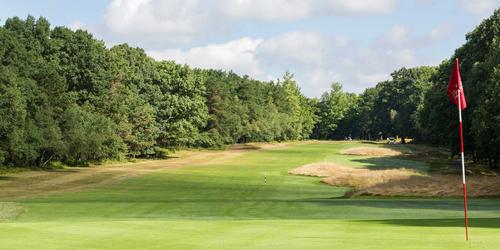 What You Need To Know: Pocono Manor Golf Course 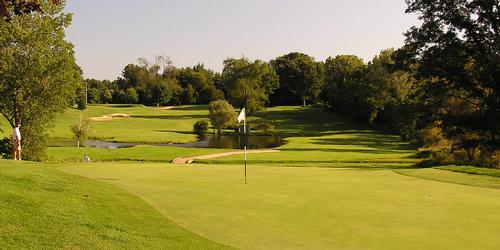